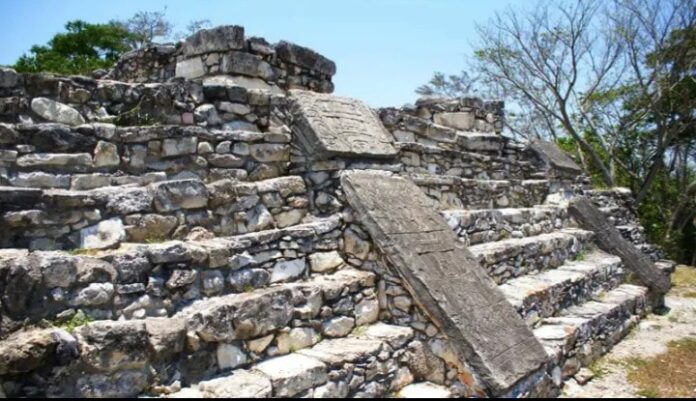 Pomoná (in Mayan: Pakbul) is an ancient Maya civilization archaeological site located in the municipality of Tenosique in the state of Tabasco, Mexico.

This Maya city belongs to the Usumacinta basin, like Moral Reforma, Palenque, Bonampak, Yaxchilan, and Piedras Negras. It is located in the east part of Tabasco, and it was a town of medium importance, together with its neighbors Moral Reforma, Santa Elena, and San Claudio, with whom Pakbul (Pomoná) practiced an intense commercial exchange.

The importance of this area lay in the fact that it was the control point between two large regions: the sedimentary plain of the Usumacinta River in Tabasco, and the valleys and mountain ranges of the upper Usumacinta, excellent soil for agriculture.

Pomoná is an ancient Maya ceremonial city, which was a regional capital, built on hills on the left bank of the Usumacinta and divided into six architectural ensembles. The region reached its peak in the Late Classic (600 to 900 AD), unlike the El Petén area that dates from the Late Formative (100 BC to 250 AD).

The specialists classify Pomoná within the settlements of the “dispersed type” since between top and top of the hills – where the monumental complexes are located – there is a considerable distance and there is little density of habitation or buildings between them.