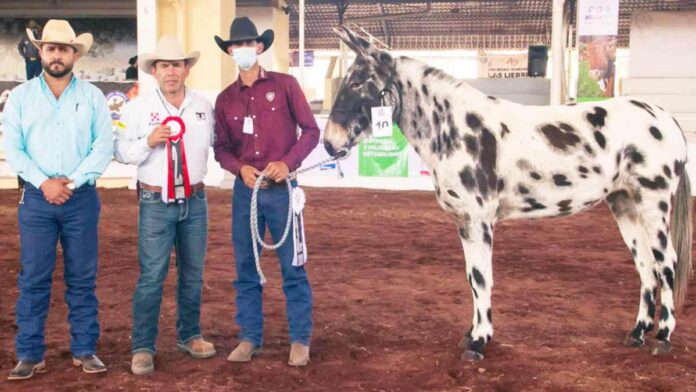 Mexico has its own breed of donkey, the Mixtec donkey, thanks to the work of more than 40 enterprising Mexicans who seek to positively influence the breeding and treatment of this species.

“Let everyone know that Mexico already has its own breed of donkey, a specific phenotype, a Mexican donkey breed after complying with all the protocols,” said engineer David Alonso, president of the Mexican Association of Donkeys, to Unotv.com. Mulas, AC and who is also part of the team behind this genetic achievement.

The main characteristics of the Mexican donkey are:

The Mixtec donkey is a new breed that adds to the more than 60 already existing within the donkey species. The intention of creating this variant is to have specimens with the characteristics of the Creole donkey but larger in size.

“The idea is to no longer have that donkey that is very small because it measures only 1.20 meters, but it is very lively, very cheerful, and very sensitive, and to create a breed suitable for Mexican needs.”

How did they develop the new breed of Mexican donkeys?

Based on identifying the needs required in Mexico, a team of breeders, in conjunction with experts from the University of Chihuahua, defined a series of phenotypic characteristics to develop “a new breed of donkey that was aesthetic, with reins skills and that it was not as small as the Creole donkey but not as big as the mammoth donkey ”, raised in the United States.

“The Creole donkey is generally a pretty, small, harmonious donkey. While the mammoth donkey is big, coarse, stubborn. We wanted the Mixtec donkey to be a harmonious donkey ”, explains Alonso, who points out that it was necessary to carry out and present all the necessary protocols to the Secretary of Agriculture and Rural Development (SADER).

Three years after starting the development work for this new breed of donkey, it was possible to obtain the record of the first Mexican donkey, which was called “Zenturión

To obtain this record, a committee of five technicians recognized by the Mexican Association of Donkeys and Mules, evaluates whether the specimens meet the standards required for the new breed of donkey.

There are three categories in which donkeys can be registered:

The next challenge is to have Mixtec mules . Photo: AMCBM

So far there are about 30 verified animals waiting only for the formal document that proves their registration, since due to the pandemic the events for the exhibition of specimens had to be canceled, so the engineer hopes that 2021 will be a good one. year to publicize the Mexican donkey.

Alonso explains that donkeys are no longer used for zootechnical purposes, for loading or in the field, but as pleasure animals, for different activities such as horseback riding, roping, and even for the sport of charrería.

“We have also been trying to change the management methods because these animals were generally mistreated for not understanding them, people beat them. Sometimes the donkey blocks and does not want to walk, but we do not understand that it is because he is afraid “

Now those in charge of developing the new breed of Mexican donkey will seek to have Mixtec mules, which would be the result of the crossing of a Mixtec donkey with a quarter-mile mare.