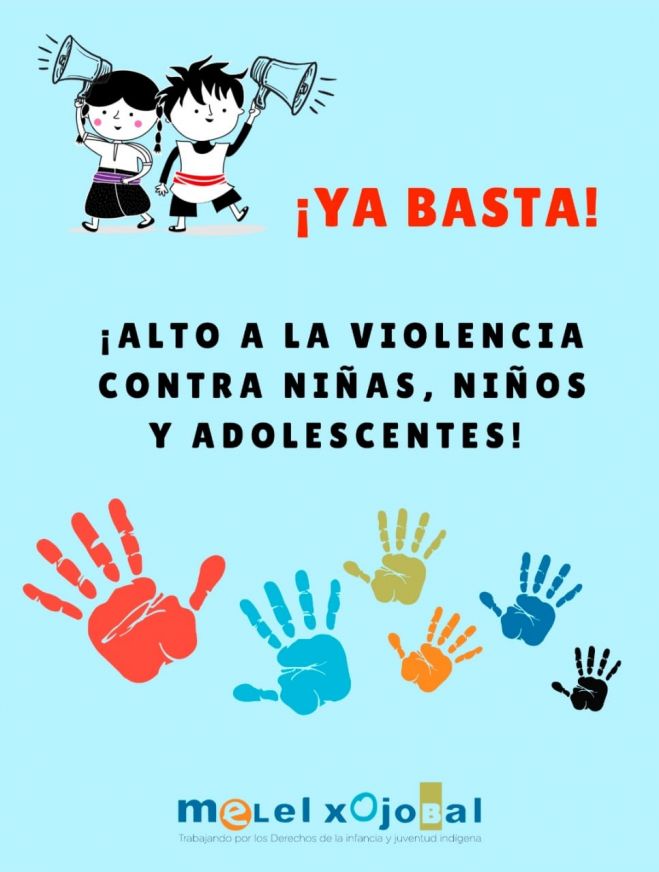 The organization Melel Xojobal AC, made an urgent call to prevent, stop and address all forms of violence against children, in the face of the terrible and regrettable murder and rape of the 1 year and 11-month-old baby in San Cristóbal de Las Casas.

Therefore, they demanded that the municipal and state authorities investigate and immediately punish the person responsible for the murder, generate comprehensive public policies with a budget that put the well-being of children and adolescents at the center, and the prevention of sexist violence against them.

As well as promoting positive parenting guidelines in all spaces, particularly in homes where direct violence against them most occurs, act promptly, diligently, and effectively in all complaints of violence because infanticides and femicides are not gestated from one day to the next but, they are the product of impunity and structural and institutional omissions in access to justice and protection of rights.

Likewise, safeguard and monitor the proper use of photographs and videos that are recorded by officials of the Public Ministry and the Municipal Police to prevent their leakage that may damage the identity and morals of infants.

While he asked the media to regulate their content respecting the General Law on the Rights of Girls, Boys, and Adolescents, which obliges them to protect identity and privacy, avoiding the use of photographs, videos, and texts that revictimize, expose, and violate their Rights.

Exercise ethical journalism and committed to the dignity, humanity, and respect for the human rights of children in news, reports, and journalistic coverage. Avoid stigmatization of women, mothers, and heads of families to whom the State does not guarantee spaces for care for your daughters and sons.

Finally, he asked citizens to join forces to denounce and stop the increasing violence against indigenous and non-indigenous girls, boys, adolescents, and women and to imagine and make safe neighborhoods, neighborhoods, and communities a reality, since violence is a problem structural social that is not solved only in the prosecutor’s offices or in prisons.