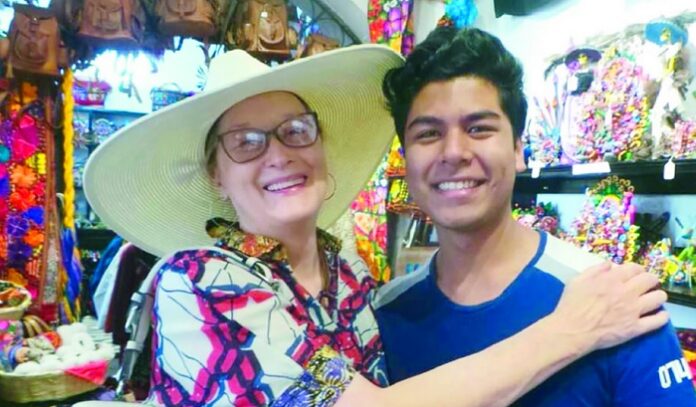 A woman emailed me after making a public comment about what is culturally acceptable stating “Mexicans already have plenty of reasons to dislike we foreigners.”  She felt all Mexicans loved foreigners to which I responded “Many like individual foreigners but it’s not a blanket thought.”

Why is that?  Well that requires looking closely at the three types of resident foreigners based on socio-economics.

Occasionally I’ll come across, what is usually a lad, totally immersed in native culture.  They’ll speak fluently, shop only locally and normally distance themselves from other foreigners as they lack the money and interest to participate in events focusing on fellow foreigners.

What I encounter more often are senior foreign women that are bitter and angry.  You can assume, probably in the late 1960s, they realized they were pretty.  Not Twiggy’s or Cybill Shepherd’s level of beauty but attractive enough to count on a future husband so they needn’t bother with learning algebra or a job skill.

Most seem to have married once and divorced, not on good terms.  My guess is the husband started wanting her to talk and realized there wasn’t much there.  In the office, however were younger, cuter, brighter and more accomplished women that didn’t need his salary.

No longer able to maintain their married lifestyle they move to Mexico with visions of maids and cooks serving them. Unfortunately they chose San Miguel de Allende which, by Mexicans standards, is costly being an international high-end resort.  It’s like learning New York is the best state to retire in financially and she chose Manhattan when what was being referenced was Rochester or Poughkeepsie.

Next comes their foray into an art that will support them with visions of being the next Grandma Moses.  However, the painting, jewelry-making, book writing, quilting or whatever doesn’t pan out so now they are poor in central Mexico and not pleased with the turn of events or life in general.

Most foreigners in San Miguel de Allende are retired government employees on a pension that goes farther here affording them a lifestyle not possible in the North.  Buying power and proximity to the US trumps any desire to mold into the fabric of town, instead hanging around other ex-pats in a search for Grape-Nuts or an inexpensive dentist.

Many join a local charity to finally be in a position of power with Mexican employees they can boss around.  Many more disappear into their homes and are rarely seen again.

There is a small handful of the 1 or 2% of Northern income earners in town now retired.  In reality, most at this economic level are still working as they really enjoy their calling.  Instead, they have a second or third home here coming down to get a better understanding of our fiestas or celebrate a birthday.  This group is the most intellectually curious and most likely to fit in with locals as they ask many questions and enjoy being here the most.

So, back to the original question, do the locals like us?  I am discounting folks like dance and Spanish instructors that rely on foreigners for their income, but, again, folks like individuals.  We foreigners tend to be loud (both voice and physical actions), brusque and wildly aggressive with inconsequential matters.

Plus we really overestimate our value.  Like when the economy class passenger fusses with the airline’s staff not realizing all the profit and attention is in the first class section.  Here first class is the 1 or 2% highest income earners from Mexico City that keeps our tourism economy afloat.

My advice is to take a moment and ask around the next time you experience something you don’t understand.  Everyone likes to be asked about their culture and when a foreigner quires a local you can be sure an ex-pat angel gets their wings!

6 very attractive magical towns to live in after the pandemic