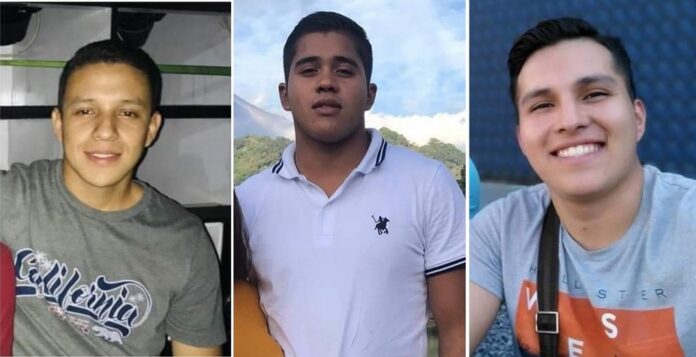 As we published in Mexico Daily Post on February 18, 2021, the Disappeared Network of Colima A.C. reported the disappearance of three young men between the ages of 20 and 22, who on Saturday, Feb. 13th traveled from Colima to the city of Manzanillo to a party and whose whereabouts are now unknown.

The victims’ names are Ricardo Daniel Flores Urbina, 22; Joel Alejandro Padilla Enciso, 21, and Kevin Saúl Paz Hernández, 20, who at the time of their disappearance were traveling in a white Neon car, license plates FST4721, owned by the latter’s family.

COLIMA, Colima. (Feb. 25, 2021) .- Three of the bodies located in clandestine graves on Sunday the 21st, in the municipality of Manzanillo, were identified as the youth of this capital who disappeared on the night of Saturday the 13th when they traveled to the port of Manzanillo, presumably to attend a party.

Since the disappearance occurred to date, the State Attorney General’s Office (FGE) has remained hermetic, without offering official information on the subject, but last night the families of the victims spread through social networks the preparations for the funeral service of the boys.

Also, the Disappeared Network in Colima A.C. and their leaders reported on their Facebook spaces the location of the three young people.

In addition to the remains of the three youths, the body of a woman, whose identity is unknown, was found in clandestine graves discovered in the border area of ​​the municipalities of Manzanillo, Colima, and Cihuatlán, Jalisco, on one side of the Marabasco River.

According to unofficial information, prior to the discovery of the bodies, elements of the FGE found the youth’s car and apprehended those suspected of being involved in the murder and burial of the victims.

The complaint was filed on Monday, February 15, with the Special Prosecutor for Disappearance of Persons, and days later the next of kin were received by Governor José Ignacio Peralta Sánchez.