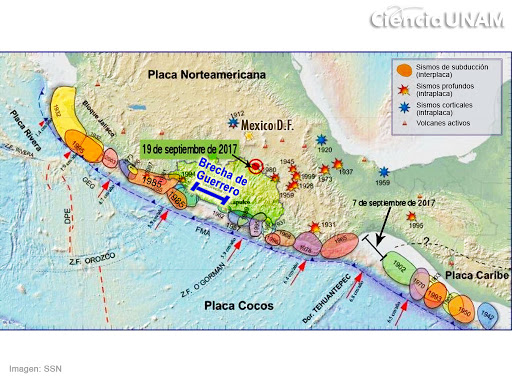 The project is in its third stage, but due to the Covid-19 pandemic it was suspended

Due to the Covid-19 pandemic, the third stage of the Project Evaluation of Hazards of Large Earthquakes and Tsunamis in the Mexican Pacific Coast for disaster mitigation is stopped and it is expected that in two more weeks the work will be reactivated.

The Secretary of Civil Protection of Guerrero, Marco César Mayares Salvador, announced that a seismo-geodetic network was placed, on land and sea on the coast of the municipality of Zihuatanejo, Guerrero, to measure the size of the waves and to make maps and know the ocean floor.

This mapping will also help to know how much population could present a risk situation.

“The third stage of the project is stopped until it is opened due to the pandemic and due to the rules of operation of Japan they are suspending the works.”

The seismogeodesic network will allow the generation of computational models of earthquakes and tsunamis to calculate the danger it represents.

He said he does not have information on how many sensors have been placed, but as part of the project the mapping has already been concluded and it will be digitized to make data management easier and assess the risks of settlements on the coast.

He commented that Civil Protection of the State participates in the training, dissemination of the measures that have to be applied in the area.

He ruled out that at the moment the University of Kyoto, Japan carry out this project in the Costa Chica region, since they are the ones who are contributing the resources through the Japanese Cooperation Unit and are the ones who will determine whether there are sufficient funds to be able to carry out the project in another area.

The project on the detection of earthquakes and tsunami is only being carried out at the moment on the coast of the municipality of Zihuatanejo, where about 80 million pesos are invested and this project has been working for four years.