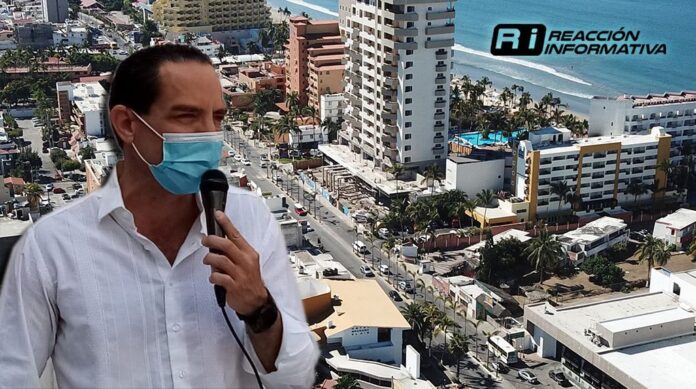 Hoteliers throughout Sinaloa have omitted the report of their taxes, presenting falls of up to 72 million pesos, especially in these days that the union has gradually recovered, of which 77 percent are from Mazatlán.

Mazatlán, Sinaloa.- The General Director of the Tax Administration Service of the State of Sinaloa, Gabriel García Coppel, called on hoteliers throughout the State to regularize their taxes due to the fact that they have presented falls 34 percent, that is, 72 million pesos without reporting, of which 77 percent corresponds to Mazatlán.

García Coppel declared that it is not fair that they leave the State Government without resources to continue facing the health problem that the Covid-19 pandemic has brought with it, noting that hoteliers throughout Sinaloa have omitted the report of their taxes, presenting falls of up to 72 million pesos, especially in these days that the union has gradually recovered.

“We have a considerable drop of 34 percent in taxes on lodging, the difference between taxes on payroll and tax on lodging is that the tax on the payroll is paid by the company that hires the worker, the lodging tax is a withholding that they make of the hotel users or guests and is not being found out, as of this week through the Collection Directorate, here the director with me and also the Audit Director, they will begin to send reviews and audits to hoteliers who do not they have made the whole of this tax ”, he declared.

“It is not just that they do not pay a tax that is theirs but also withholds it from users or guests and it is not being known … 34 percent represents around 72 million pesos, it is a considerable amount by means of Due to the pandemic that we were experiencing, a benevolent attitude was taken on the part of SATES towards the hotels because they were given a deadline for payment, a deadline that was not met, ”stated García Coppel.

Likewise, he reported that of the total debtors, 77 percent corresponds to the Mazatlán sector, so they will first send notifications to regularize, otherwise, they will start with audits.

“First of all, we are going to send the invitation letters from the collection department and, if applicable, those who are not complying, we are going to initiate secondary collection faculties and how the audit is. It is in general but mainly it is a phenomenon that is taking place here in Mazatlán, they are from the entire State but Mazatlán covers about 77 percent of that amount, “he concluded.