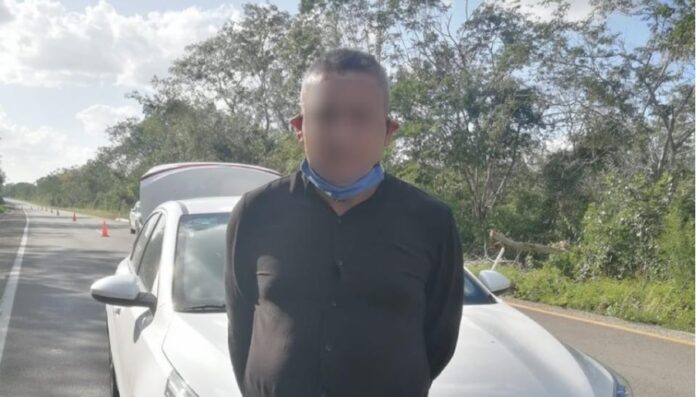 A woman and two men from Colombia were arrested by elements of the Public Security Secretariat (SSP) for cheating with 57 thousand pesos an elderly person who had just withdrawn money from a bank branch to the west of Mérida.

Under deception, the foreigners made the 73-year-old woman give them the cash, in exchange for an alleged million pesos that they offered her as a bonus for witnessing the alleged collection of a Melate prize of 16 million pesos.

Upon realizing the scam, because the million offered were nothing more than newspaper clippings, and that the subjects had already left in a car; the victim reported the events to the State Police.

The SSP immediately activated a protocol to locate and capture the accused, through the coordinated work of the Police Monitoring and Intelligence Unit (UMIPOL), the State Investigation Police (PEI) and field units.

The police operation yielded results, because with the monitoring of the video surveillance system, the vehicle was located, and the arrest was carried out.

They are originally from Colombia. They said they were staying in Cancun, Quintana Roo, and that they came to Mérida for a tour.

The affected party stated that it would file a complaint with the State Attorney General’s Office (FGE).