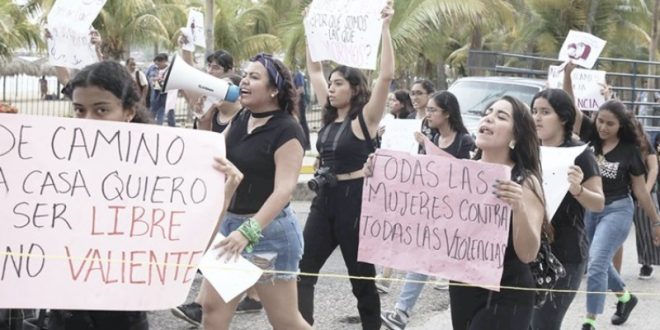 The head of the Women’s Secretariat, Maira Martínez Pineda, pointed out that the crime of trafficking in women is ranked 15th by the entity and they are serving with the support of the state governor

The governor of Guerrero, Héctor Astudillo Flores, reported that the entity ranks 12th on the issue of femicides below the national average, which is why he said actions will continue to protect women in the seven regions.

During the session of the Security Table, the head of the Secretariat for Women, Maira Martínez Pineda, pointed out that the crime of trafficking in women occupies the 15th place and they are attending with the support of the state governor.

She assured that they are attacking issues such as the modality of forced marriage and the sale of girls, mainly in the region of the Mountain of Guerrero.

She reported that, as of the last cut-off on February 24, the women’s care centers registered 191 incidents and care in Acapulco, Iguala, Pungarabato, and the Refuge for Women Victims of Extreme Violence.

“Most of the incidences of violence are family-related since more than 40 percent of the violence of women and girls is within the home, which makes it necessary to reinforce communication and care campaigns,” she said.

She recalled that Guerrero is the only state in which they are working with the Coordination tables in the municipalities according to the instruction of Governor Héctor Astudillo Flores and in response to the program implemented by the Secretary of the Interior, Olga Sánchez Cordero.

“Orange Day is an excellent opportunity to promote respect for human rights and dignity among men, we can sensitize the entity from our trenches in relation to the importance of prevention and care, and lay the foundations as does the Governor Héctor Astudillo for the eradication of Gender Violence against women and girls “, she concluded.