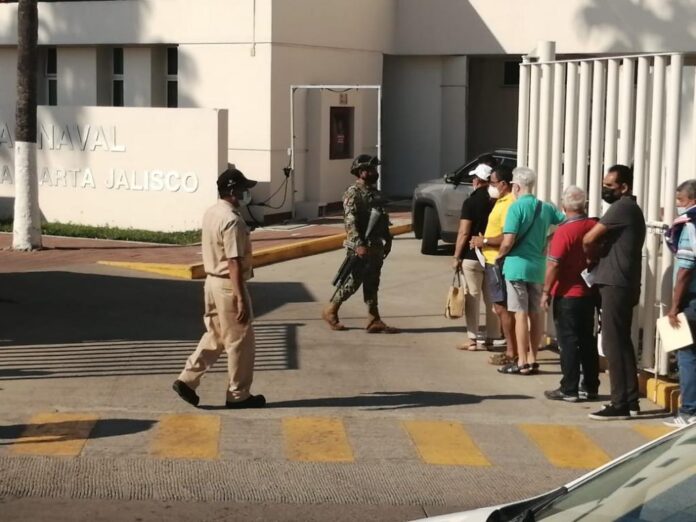 Armando Zazueta, State Coordinator of the Ministry of Welfare in Jalisco, reported that this Friday another 8 thousand more vaccines against COVID-19 could be applied in Puerto Vallarta to older adults, thus subtracting an average of 5 thousand 450 doses, so some modules may no longer have vaccinations from before Monday.

Regarding the issue that vaccines were late this Friday, the official mentioned the following:

“It is a very simple explanation, due to the type of vaccine and that it requires deep freezing, they sent us a first batch which was the one that began to be applied yesterday and they sent us another one and it is the one they sent us from the Zapopán Military Base and it came via air and that was the reason for the delay ”.

He commented that there are enough vaccines to apply them to all the elderly in Puerto Vallarta and people were asked not to worry if they see the modules full, because they will attend them.

On the other hand, the delegate was questioned about health personnel who have not been vaccinated for the first time, to which he mentioned that it will be applied to them since more vaccines have already arrived for them.

It is worth mentioning that this Friday there was a lot of discontent, because the vaccines arrived after 3 hours from the start of the day.

Demand for vaccines causes road chaos in the Naval Zone

In this, which was the third stage of the Covid vaccination in Puerto Vallarta, the naval sector sidewalk was saturated with people seeking to be vaccinated and for this reason it was necessary to close the side for their safety.

The need to search for the vaccine has caused moments of desperation for those looking to find a place to obtain it.

In this case, people have a lot of confidence in the naval sector, for this reason from this morning both nationals and foreign residents gathered on the outskirts of the facilities causing a situation that was necessary to put order.

The control of the avenue was carried out by the highway personnel and the personnel of the naval secretariat, for their part they gave entry and exit to the vehicles that arrived with those people with motor problems and each one in the area that corresponded to them was dedicated to give security to people.

One situation that caused this is undoubtedly the narrowness of the sidewalk, which is too short, barely one meter with 20 cm or less, insufficient for the number of people who were crowded.

This situation caused people to literally have to stand under the sidewalk, the danger of this was the possibility of a run over, which is why this operation was implemented.

After several minutes just at 10 in the morning they determined that it was finally time to open a lane to allow the circulation of vehicles through this area and relieve traffic.

After 20 minutes after 10 o’clock in the morning, the number of people was less and with this, the situation returned to normal, even so the road personnel remained on the site guarding to avoid any eventuality leaving traffic in a single lane.