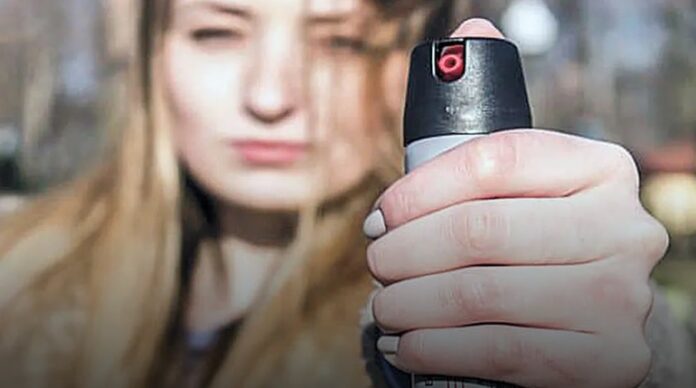 Women in Morelos are now legally permitted to carry a range of nonlethal defensive weapons such as retractable batons, pepper spray and tasers.

The state Congress passed a reform to the criminal code that allows women to carry such weapons last December, but the law wasn’t promulgated until last week.

Morena party Deputy Ariadna Barrera Vázquez presented the bill, arguing that it was necessary because violence against women, including sexual assaults, is on the rise in Morelos, a small state located immediately south of Mexico City.

“Violence against women is a reality, … I dare to say that 10 out of 10 women have been victims of some kind of gender violence,” Barrera said in the Congress.

Another indicator of the situation Morelos women face is that a gender alert — which indicates high levels of violence against women — has been active in eight of the state’s 36 municipalities, including Cuernavaca, since 2015.

Allowing women to carry weapons of self-defense gives them a “greater feeling of security,” according to the reform. Access to nonlethal weapons allows women to protect themselves in the face of an attack or act of aggression that threatens their physical integrity or even their lives, it says.

Prior to the reform taking effect, possession of nonlethal weapons such as pepper spray and tasers for self-defense purposes was punishable by imprisonment of up to three years.

out that the minimum term for a person convicted of sexual assault is two years. Therefore, she said, a woman who used pepper spray on a man assaulting her could theoretically go to prison for longer than her aggressor.

The legalization of women’s right to carry nonlethal weapons in Morelos was not well received by some women’s groups, the newspaper El Universal reported. One such group is Huitzitzilin, which defends the rights of women and children.

President Ana Carina Chumacero said that a better idea would be to provide education aimed at reducing violence to society in general. She also said that women would feel safer if police knew how to respond in cases of gender violence.

“I believe there are a lot of tools that we could use to build peace” instead of arming women, Chumacero said.

Refugio Amaro Luna, former mayor of Yecapixtla was murdered in an armed attack