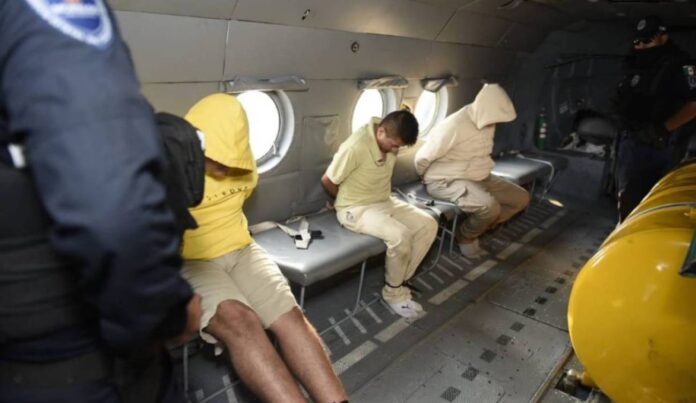 After a fight in a Morelos prison, Alexis Oswaldo “N”, aka “El Carretito”, the son of ‘El Carrete’ was transferred to another penitentiary center in Guanajuato.

Alexis Oswaldo, son of the Los Rojos cartel leader, was transferred to another prison, along with three other inmates.

Los Rojos is a faction of a Mexican drug trafficking organization known as the Gulf Cartel. The group was formed in the late 1990s during the reign of Osiel Cárdenas Guillén, the former leader of the cartel, to provide security to the organization’s leaders as the cartel’s armed wing.

After the acts of violence that were registered in the Atlacholoaya prison that left two inmates dead and 10 injured, on Thursday, June 10th, four highly dangerous inmates were transferred to the Federal Center for Social Reintegration (Cefereso) number 12.

Among them is Oswaldo Alexis “N”, alias “El Carretito”, son of Santiago Mazari “El Carrete”, leader of the Los Rojos cartel, detained last August in the state of Guerrero by federal forces.

Alexis father, Santiago Mazari Hernández “El Carrete” was arrested in Leonardo Bravo, Guerrero on August 1, 2019 after a ten-year search. Also arrested was “Marco N,” his presumed principal operator. Mazari Hernández’s sister, Gabriela Mazari Hernández “La Gorda”, said to be responsible for logistics of the group, was arrested on March 2020. With these arrests, police believed the cartel was virtually dismantled. Their primary rivals in Morelos and Guerrero were Jalisco New Generation Cartel, the Beltrán-Leyva Cartel, and Guerreros Unidos cartel.

Along with “Carretito”, Mauricio Gerardo “N” alias “La Kika”, Gabriel “N” alias “El Chicles”, and Ramón “N”, were also transferred: These men are identified as those who originated the fights in this penitentiary center that has left until now 9 dead inmates.

The four inmates were taken to the Mariano Matamoros Airport in Cuernavaca, where a National Guard helicopter was waiting for them to take them to the Cefereso in the state of Guanajuato.

From the Atlacholoaya prison, members of the National Defense Secretariat (Sedena), National Guard (GN) Office of the State Attorney General (FGE), and the State Security Commission (CES) guarded the vehicle in which the inmates were transferred to the airport. Mariano Matamoros, from where they were taken to the federal prison on board a National Guard helicopter.

Through a statement, the state government affirmed that the transfer was carried out in accordance with procedures and protocols, in strict compliance with the law, and respecting the human rights of the inmates.