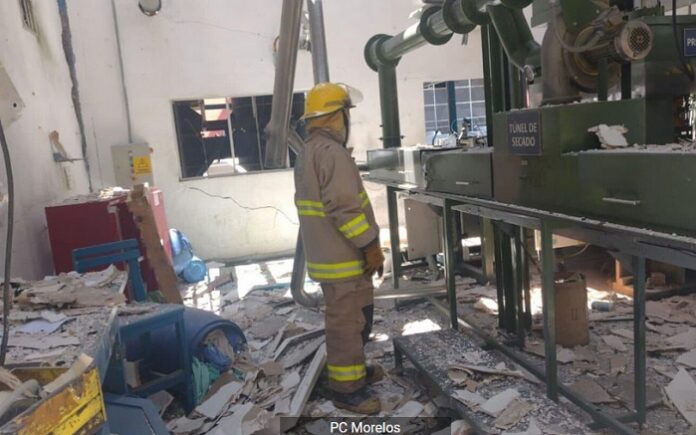 At noon on Friday, August 5, there was an explosion at the “Industrias Tecnos” cartridge factory, located in Cuernavaca, the state capital of Morelos.

The first reports indicated that around 12:45 p.m. on Friday, August 5th, the explosion was recorded at the cartridge factory.

State Civil Protection personnel, as well as staff from the Ministry of National Defense (Sedena) and the State Security Commission, were deployed in the area to cordon off the place.

Civil Protection of Morelos indicated in a statement that personnel from the Directorate of Attention to Emergencies and Disasters went to the area and, after carrying out the corresponding action protocols, confirmed that the explosion was recorded on line 22 of the assembly and mixing of explosive cartridges.

The incident left six injured people, two were treated at the facilities, and four were transferred to a Clinic of the Mexican Institute of Social Security ( IMSS ) for assessment and pertinent follow-up.

According to Cuauhtémoc Blanco, governor of Morelos, those affected are already being treated.

Two motorcyclists severely injured after accident on the Mexico-Cuernavaca (VIDEO)