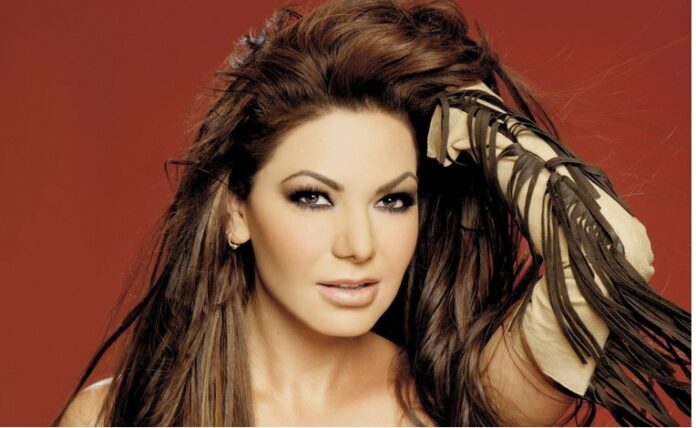 A Mexican actress and singer was shot dead while she waited to pick up her 11-year-old son from a football academy in the state of Morelos, reports say.

Tania Mendoza was outside the sporting complex in the city of Cuernavaca with other parents when two armed men arrived on a motorbike on Tuesday.

One of them shot her multiple times before escaping with his accomplice.

At least 10 women were murdered in the country every day last year, according to official data.

Human rights group Amnesty International said around a third of victims – 940 – were cases of femicide, or the intentional murder of women because of their gender, calling it a “shocking epidemic”.

Mendoza, who was 42, rose to fame in 2005 after a lead role in the film La Mera Reyna del Sur. She had also appeared in a number of soap operas but in recent years was dedicated to her career as a singer, and recorded five albums.

In 2010, she was kidnapped with her husband and son, who was six months old, from the couple’s car wash business. Since then, she had reported to the Morelos State Attorney General’s Office several death threats.

It is not yet clear who was behind Mendoza’s murder, or any possible motive. After the shooting, police carried out an operation in search for the suspects, but no-one was arrested.

The Attorney General’s Office told Efe news agency the case would be investigated as femicide, although no details were given.

Mexico has long suffered with high levels of crime, with much of the violence linked to drug cartels. Femicide is increasingly a cause for concern but despite a growing movement to raise awareness of the issue, authorities have been unable to stop a rise in the killings.

According to Amnesty, cases are rarely investigated, and most perpetrators remain unpunished.