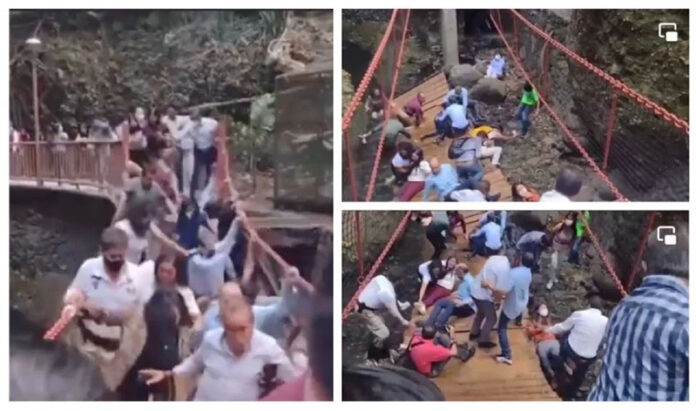 The incident happened in Cuernavaca during the reopening of the Paseo Ribereño bridge at Parque Barranca De Amanalco. The mayor, his wife, and other authorities were injured

The municipal president of Cuernavaca ( Mexico ), José Luis Urióstegui Salgado, his wife Luz María Zagal, four aldermen and the municipal trustee were injured when the Paseo Ribereño bridge collapsed on Tuesday during a reopening event.

Preliminary versions indicate that there are around 20 injured in the same accident.

It is a wooden suspension bridge that broke just when the authorities were making the tour and delivering the official messages.

Governor Cuauhtémoc Blanco lamented the accident suffered by the municipal president of Cuernavaca, so through his social networks he wished them “from the heart that there are no serious injuries.”