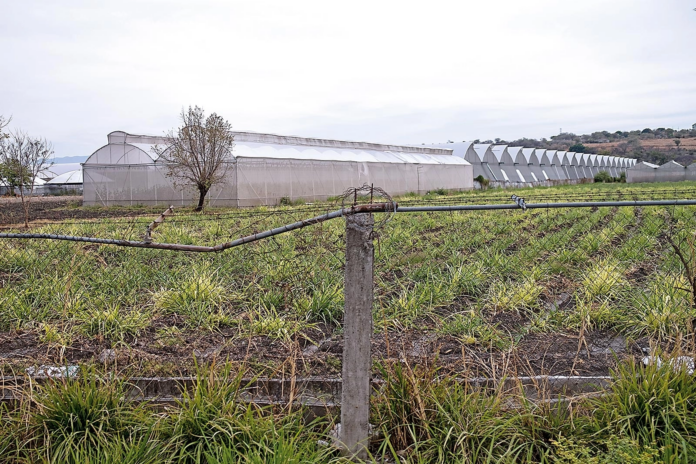 The municipality seeks to become a cannabis reference; however, the unbearable violence generates doubts in the ejidatarios, already willing to grow marijuana. Meanwhile, the Law for the Regulation of Cannabis remains in the legislative offices in search of presidential approval.

The municipality of Tetecala, in the west of Morelos, seeks to become a cannabis reference in the country; however, the unbearable violence generates doubts in the ejidatarios, already willing to grow marijuana. Meanwhile, the Law for the Regulation of Cannabis remains in the legislative offices in search of presidential approval.

The aroma given off by flowering marijuana permeates a garden with palm trees that melt in the sun. Its fragrance is distinguished from other flowers, such as lavender, rosemary, or lily. In pots, the plant produces a citrus scent, like freshly grated orange or a squeezed lemon. Its buds are dense, with a large central cola covered in shiny trichomes.

Israel Mundo, 29, caresses a sticky bud with his fingers. A few months ago he conditioned the La Ceiba garden to receive the curious and explain the development of the plant using Sour diesel cannabis seeds, since it became a reference after the signing of the Tetecala Plan in November 2021.

“A year after the cannabis movement began, little by little the people begin to get closer. It’s difficult, there are many people who have the taboo that marijuana is harmful. There is more and more interest in knowing how it is grown,” says Mundo in front of some small seedlings that barely germinated.

–Does insecurity represent any risk for people interested in growing cannabis?

-No, that was the fear at first. There has been a wave of violence, the town was very hurt, you did not know if at some point they were going to confront each other and it was your turn there. That went down two years ago, but the pandemic complicated the situation; however, people with large crops lost their fear, even I have my small cultivation.

In August 2021, the Civil Association of United Peoples of the South of Morelos, requested permission from the Commission for the Protection against Sanitary Risks of the State to plant marijuana legally. After a series of public acts, on September 30 they handed the Tetecala Plan personally to President Andrés Manuel López Obrador during a visit to Jojutla, Morelos.

The Tetecala Plan – to which more than 200 people from 10 states have already adhered – is a vindication of the Ayala Plan, drawn up by Emiliano Zapata in 1911, but focused on the process of national regulation of marijuana.

The document states that “the Legislative and the Executive have betrayed the peasant revolution movement, by keeping it lagging and without issuing laws that benefit them or that at least promote the production and growth of the countryside in all its areas, but in the cultivation of marijuana and poppy especially, there is a symptom that keeps farmers deprived of their freedom, that the cultivation of these plants barely allows them to survive, this is the consequence of a prohibitionist vision that has only brought death and humiliation to the most vulnerable sectors of the country and the world.”

A plan for everyone

The Tetecala Plan explains that in the countryside prevails “the fear of prohibition and organized crime that restricts the right to cultivate the land by its owners, preventing the development of the revolutionary motto of ‘Land and Freedom’, pending the freedom of crop”.