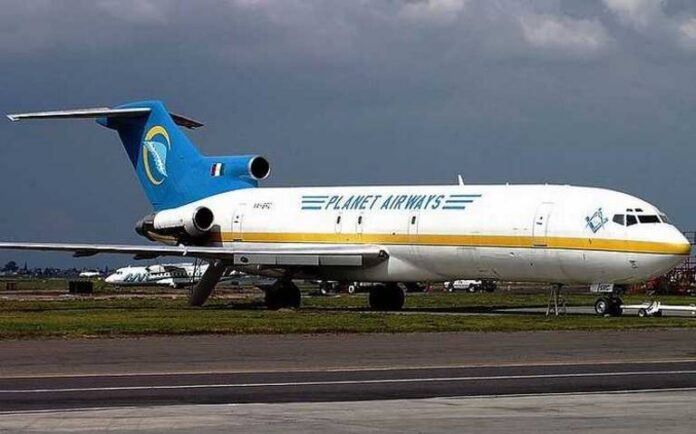 For 12 years it was an obstacle to the provision of airport services, so it will be auctioned

The Boeing 727-222 aircraft abandoned at the Cuernavaca International Airport, Morelos, will be owned by the nation and auctioned, as the owner does not appear to claim it.

The information on the aircraft is published in the Official Gazette of the Federation, with serial number 19913, registration XA-UII (EXTRA ALFA UNION INDIA INDIA).

The Federal Civil Aviation Agenda, a decentralized body of the Ministry of Communications and Transportation, reported administrative file number DAAC / 01 / XA-UII / 2020, in which it is determined that the Boeing 727-222 aircraft has remained at the Airport Cuernavaca International for 90 calendar days or more, without being in the direct or indirect care of its owner or possessor.

Therefore, when no natural and/or moral person appears to express their legal interest, objections, or express what is appropriate to their right in relation to said aircraft, and the corresponding notices are duly published both in the Official Gazette of the Federation. as in a newspaper circulating in the city of Cuernavaca, that is why the abandonment of the aircraft is declared.

With the declaration of abandonment, it passes in favor of the Nation, in accordance with Article 77, last paragraph of the Civil Aviation Law, and the declaration of abandonment of aircraft renders the certificates of nationality and registration null and void, as well as the of airworthiness that is registered in the Mexican Aeronautical Registry, for which the authorities in charge of keeping said registry will proceed to carry out the corresponding cancellation.

The aircraft was an obstacle to the provision of airport services, for which the Federal Civil Aviation Agency initiated the procedure of declaration of abandonment.

Consulted antecedents of the aircraft indicate that it has been abandoned for 12 years at the Cuernavaca Airport; The rent per day in a hangar has an average price of 2,400 pesos.

When it should be the authorities, it is the relatives who carry out exhaustive searches for the disappeared in Mexico

One more Mexican journalist was murdered, now in Cuernavaca, Morelos