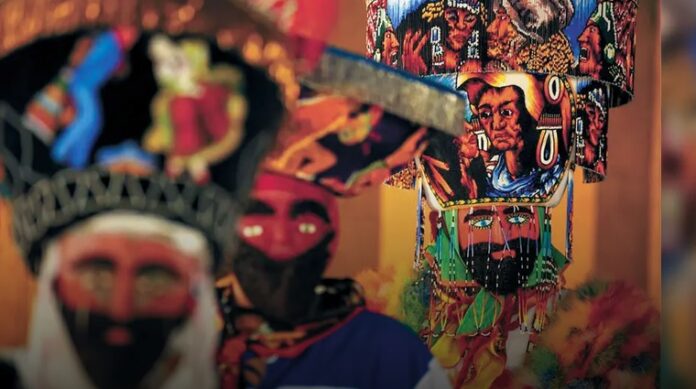 Cuernavaca, Morelos.-  Upon the 152nd anniversary of its designation as a State of the Mexican Republic, the state government highlights that “Morelos is reborn every day” in the traditions, customs, and festivities of each community, which have historically given identity to the people of Morelos.

It was on April 17, 1869, when by decree of the then President of the Republic, Benito Juárez García, this federative entity was officially established, occupying the districts of Cuernavaca, Cuautla, Jonacatepec, Tetecala, and Yautepec, which at that time made up the Third District Military of the State of Mexico.

The local Executive Branch celebrates that they have been 152 years of a history full of learning, growth, and constant struggle that little by little bears fruit, achieving a strong, free, and fair State.

Since that day, this part of the nation is reborn in the “jump” of Chinelo, in its popular festivals, in the countryside that continues to bear fruit to feed families.

In this sense, Maricela Corona Salgado, director of the folk group Tierra Mestiza de Cuernavaca, affirmed that it is a pride to have been born in this Tlahuica territory, which has too many benefits to offer.

As a promoter of popular festivities, Corona Salgado stressed that this piece of the homeland “is culture, passion, love”, a place where “we can make our visitors feel the most pleasant.”

“We would like everybody to get to know our traditions, customs, culture, and folklore. Everything we have to express to the world ”, he pointed out.

Martín de Jesús Durán Loyola, a member of the group of dancers, emphasized that it is an honor to live in this state and dancing awakens him great joy, especially because he represents the people that he loves so much and exalts his roots.

“It is a magical feeling (…), today we are recognized by Chinelo, but we also have Tecuanes,” he stressed, who for 10 years has participated in various presentations, inside and outside the entity.

The cultural identity is lived, it is palpable in all its regions and in the traditional festivals that year after year maintain its essence; For all this, Morelos is reborn every day in the hearts of its people, in the original cultures that continue to express themselves, remembering the glorious past lived.