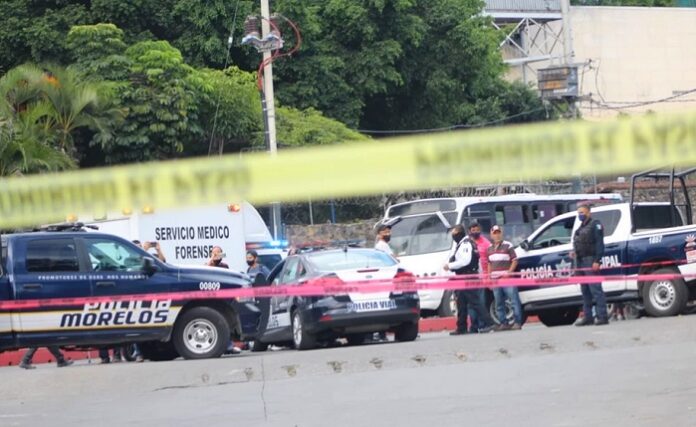 Mexico City, October 1, 2021 – Mexican authorities must immediately and thoroughly investigate the killing of journalist Manuel González Reyes, determine whether he was targeted for his work, and hold those responsible to account, the Committee to Protect Journalists said today.

At about 4:30 p.m. on September 28, unidentified attackers shot and killed González, founder and editor of the Facebook-based news outlet Portal Morelos Noticias, in Cuernavaca, the capital of the central Mexican state of Morelos, according to news reports.

Citing eyewitnesses, the Mexico City newspaper El Universal reported that two men drove up to González on a motorcycle after he had eaten at a food stand in the Miraval neighborhood of Cuernavaca, and shot him with pistols. A report by the Morelos state prosecutor’s office, which CPJ reviewed, stated that authorities did not know the number of people involved in the attack or any of their identities. That report said González was shot multiple times and died at the scene.

“After a string of tragic killings of reporters in recent months, the brutal slaying of Manuel González Reyes cements Mexico’s status as the Western Hemisphere’s most lethal country for reporters, an abysmal status reinforced by the ongoing impunity in crimes against the press,” said Jan-Albert Hootsen, CPJ’s Mexico representative. “Authorities in Mexico must thoroughly investigate González’s killing, bring those responsible to justice, and work harder to take concrete steps to make the country safer for the press.”

González, 55, founded Portal Morelos Noticias in 2017, according to El Universal. The outlet has about 260,000 followers on Facebook and covers a wide range of topics in the state of Morelos, including political news, cultural events, the COVID-19 pandemic, traffic accidents, and other local news stories.

In recent weeks, the outlet covered several murders in the surroundings of Cuernavaca, as well as testimonies from people in the municipality Jiutepec who were angry about the lack of emergency assistance from state authorities after a mudslide. Those posts did not carry bylines specifying who wrote them; González appears or is heard in the videos that CPJ reviewed on the outlet’s Facebook page.

According to news reports, González ran for mayor of the town of Emiliano Zapata, near Cuernavaca, in this year’s June 6 elections for the new Partido para el Bienestar (Party for Wellbeing). After losing the election, he continued his work as a reporter, according to El Universal.

The article in El Universal quoted several unnamed colleagues who said that González was conducting “special investigations” at the time he was killed, but did not elaborate on those investigations. CPJ spoke with three local journalists in Morelos familiar with González’s work, but they said they did not know what he was investigating at the time of his death. Those journalists asked that CPJ not identify them by name, citing safety concerns.

CPJ was unable to find contact information of González’s family or his colleagues at Portal Morelos Noticias. CPJ repeatedly messaged the outlet’s Facebook page, but did not receive any replies.

A spokesperson for the Morelos state prosecutor’s office did not reply to a request for comment sent by messaging app.

An official at the Federal Mechanism for the Protection of Human Rights Defenders, an agency of the federal government that provides security measures to journalists and rights defenders, told CPJ that the agency was not aware of any threats to González’s life and said that he had not been enrolled in a protection program with the mechanism. The official asked CPJ to remain anonymous, as they are not authorized to speak on the matter.

Mexico is the deadliest country in the Western Hemisphere. According to CPJ research, at least three journalists were murdered in direct relation to their work in 2021. CPJ is investigating the killings of two other reporters to determine the motive.

Refugio Amaro Luna, former mayor of Yecapixtla was murdered in an armed attack